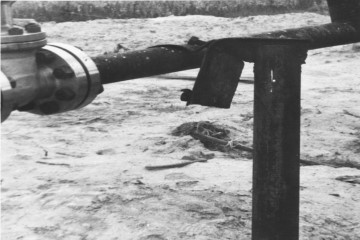 The article gives a generalization of theoretical and experimental developments on the processes of moisture transfer and frost heaving in soils and rocks. It is shown that the main driving forces of moisture transfer during freezing of moisture-saturated dispersed media are temperature and hydrostatic pressure gradients. To mathematically describe the processes of moisture transfer during freezing of such media, it is proposed to use the coefficient of thermal moisture conductivity of the frozen zone, which is numerically equal to the moisture flow density from the thawed zone to the frozen zone at a unit temperature gradient in the frozen zone. The mechanism of the migration flow formation of moisture at the boundary of the frozen and thawed zones is analyzed, taking into account the influence of the structural cohesion of frozen soil in the ice formation zone. The use of the thermal and moisture conductivity coefficient of the frozen zone made it possible to formulate and solve a Stefan-type problem. The solution takes into account moisture migration and heaving during soil freezing in the form of a semi-infinite medium with constant initial and steady-state temperature values on the soil surface. It is shown that, in the formulation taking into account frost heaving, the solution of such a problem, as well as the classical Stefan problem, is self-similar in nature. Based on the analysis performed, it can be concluded that the amount of heaving, depending on the temperature on the soil surface, in the presence of free porosity in the thawed state, passes through a maximum. This conclusion is consistent with the experimental data on the dependence of the heaving value on the temperature on the soil surface for peat and peaty soil. The obtained analytical solutions of problems such as moisture migration and frost heaving are used to substantiate the methods for experimentally determining the coefficient of thermal and moisture conductivity of the frozen zone and the diffusion coefficient in the thawed zone aw. The article compares the calculated and experimental results on the freezing rate, ice accumulation and a decrease in moisture content in the thawed zone at the border with the frozen zone for lowland sedge peat. 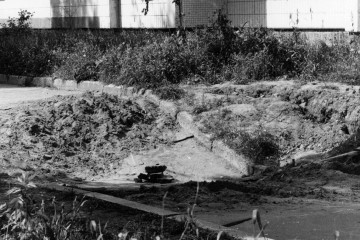 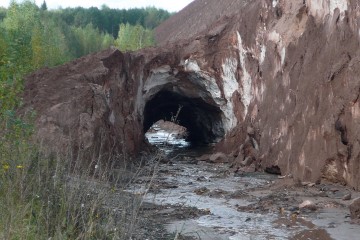