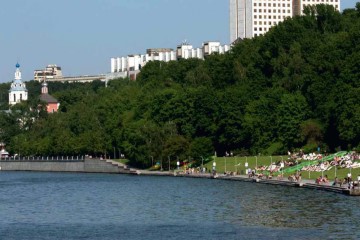 SCHEMATIZATION OF THE "VOROBYOVY GORY" LANDSLIDE SITE IN MOSCOW, TAKING INTO ACCOUNT THE TOP POSITION OF CALLOVIAN AND CARBONIFEROUS DEPOSITS

The Vorobyovy Gory area is considered as a reference polygon for studying large block landslides. On its example, the influence of the rocky soils top position on the landslide deformations development of the overlying dispersed strata is analyzed. Detailed maps of the sediments topography of the Carboniferous and Callovian stage of the Jurassic systems middle section have been compiled. In both cases, this relief is characterized by significant indented valley-like depressions, which contain remnants of pre-Jurassic alluvial deposits. A limited degree of unevenness leveling of the Carboniferous deposits top by later deposits of the Middle Jurassic was revealed. The vectors map of ground benchmarks total displacements (since 2008) on landslide bodies has also been compiled, territories (landslide systems) with the same vectors direction have been determined. A shift in the direction of certain “focal” points in each landslide circus and the presence of areas with “anomalous”, parallel to the river, the nature of the displacements was revealed. Comparison with the relief maps of the top of the Callovian and Carboniferous deposits showed the confinement of such areas to the slopes of buried pre-Jurassic paleo-incisions of a small order, although with incomplete coincidence of boundaries. The Vorobyovy Gory central part has been schematized using the pattern of ground benchmarks displacements and selected areas with different types of underlying rocky soils topography. The position in space of the weakest horizons within the clay strata was also analyzed. It is proposed to use the restructuring of the pattern of benchmarks displacements as a harbinger of landslide displacements large activation. Some alternative views on the age, mechanism and causes of the large block landslides occurrence in Moscow are critically analyzed. 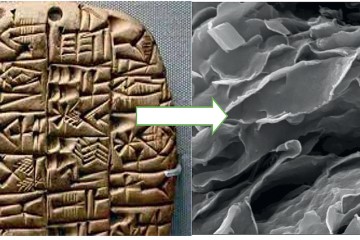 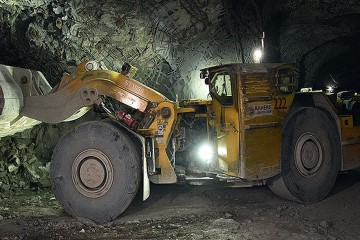 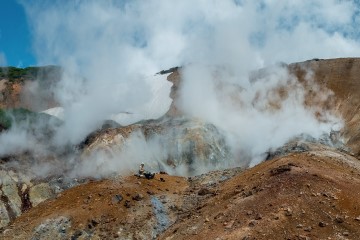 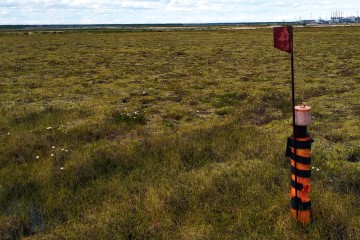