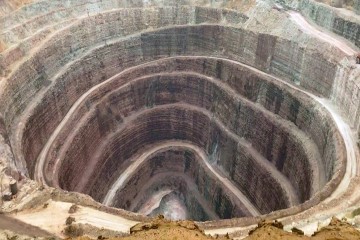 The main issue of this article is the stability of slopes at opencast mining in the cryolithic zone. As a rule, the quarry operates for a long time, sometimes with long breaks in some parts of it, so the problem of slope stability is an important component of design works. The strength of frozen rocks depends on their temperature. The article investigates the process of heat exchange between rocks and atmosphere and shows how it affects the formation of temperature and physical condition of rocks. The peculiarities of heat exchange in continental climate conditions, which cause a great variety of microclimates depending on the relief – the exposure and steepness of slopes, and on the surface humidity, are considered. As an example, the Transbaikalia is considered, where on the basis of the analysis of the annual thermal balance of the day surface the main regularities of permafrost distribution are revealed – they are timed to the relief depressions and slopes of the northern exposure, they are absent on the slopes of the southern exposure, on the slopes of the western and eastern exposure they take place depending on the absolute heights of the area (they are present in the middle mountains, absent in the lowlands and intermountain depressions). Since the stepped slopes of the quarries are some morphological analogues of the mountain relief, the nature of heat exchange on the slopes should correspond to heat exchange in natural conditions of the region. It is considered how the thermal balance is formed on vertical slope steps depending on their exposure, on horizontal steps depending on rock humidity, steepness and exposure of the slope as a whole. Some estimates of the forming temperature and thickness of permafrost rocks at the steps and their influence on the physical state of the rocks, cryogenic weathering, the degree of destruction, and thus on the stability of the slopes are proposed. 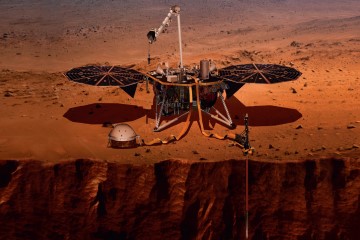 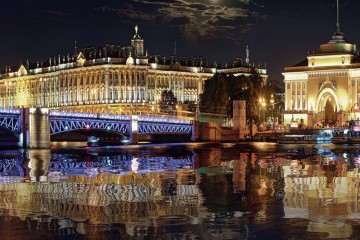 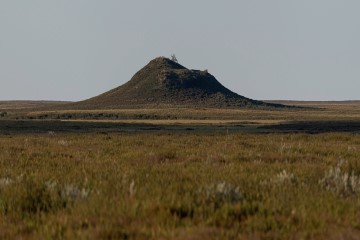 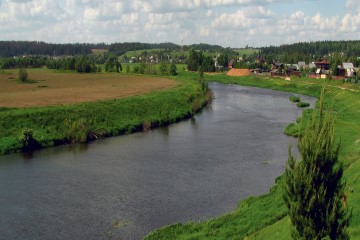